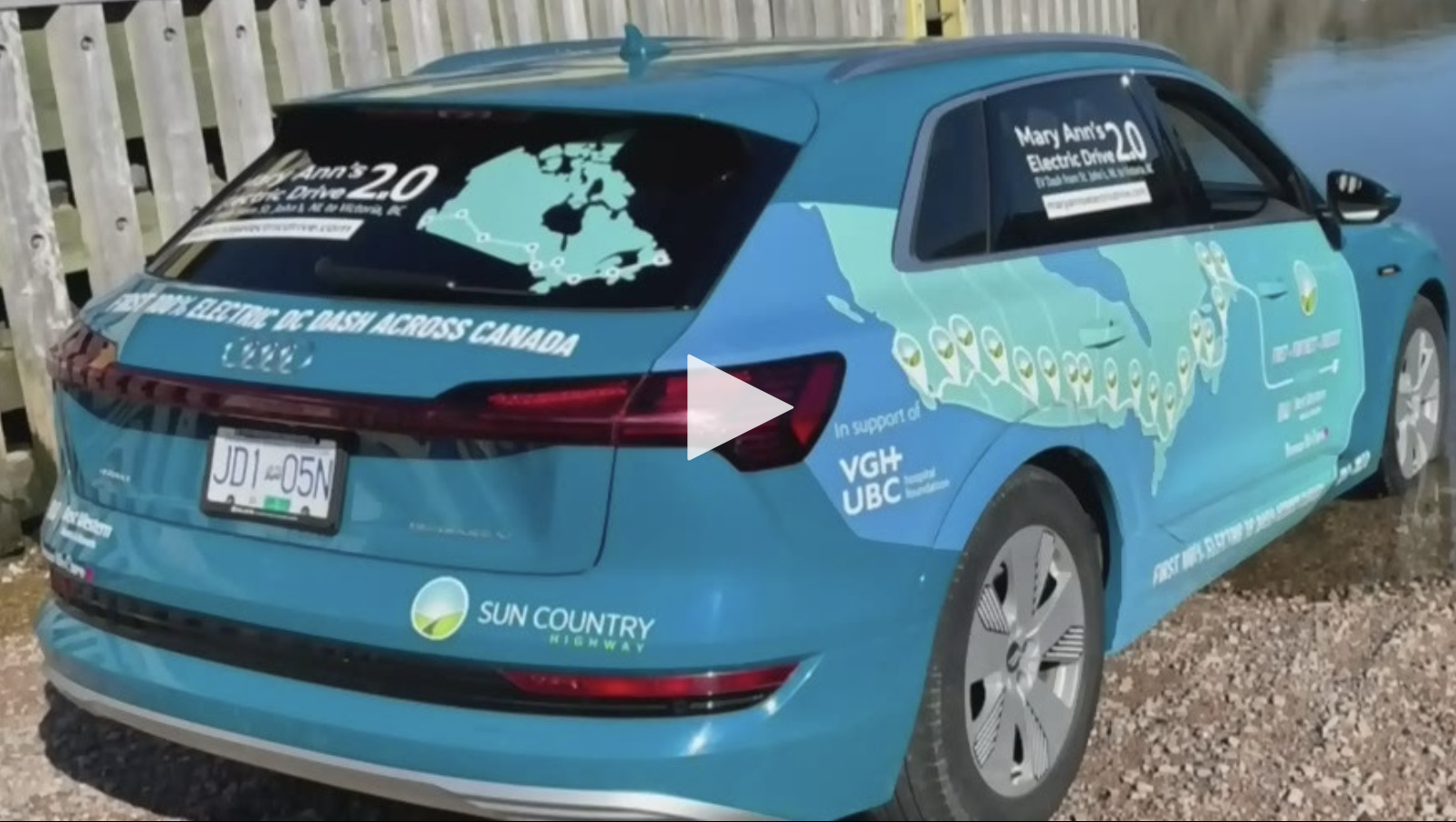 VANCOUVER – Harvey Soicher wanted to prove it was possible to go on a cross-country trip in an electric vehicle (EV) and last week, he did it in just a matter of days.

Soicher, an electric vehicle enthusiast, took his Audi e-tron from St. John’s to Victoria – a journey that included two ferry rides and several time zones – and he did it all in four days, 18 hours and 30 minutes.

“Now there’s no challenge to get across the country,” Soicher said. “The charging infrastructure is 10 times better, if not 20. So, I wanted to show that you can make the trip quickly.”

He knows first-hand how much has changed because just two years ago, he made a similar trip across Canada, but that time, he was visiting loved ones, sightseeing and wasn’t concerned about how fast he could do it.

This time, he wanted to cross the country in less than five days.

He and his co-pilot, Kent Rathwell, drove virtually non-stop, only taking breaks to charge up.

Rathwell is the CEO of Sun Country Highway. The company helped to “electrify” the Trans-Canada Highway in 2012 by installing some of the first chargers for EVs.

Rathwell says he volunteered to go on this trip with Soicher because of his knowledge of the EV infrastructure landscape, and it provided him an opportunity to check out some of the new chargers that are now on the scene.

“The final barrier was shattered last week where we proved that you could travel across the widest part of our nation, the widest part of North America, in a matter of a few days in a 100 per cent electric vehicle with no tailpipe emissions and almost for free,” he explained.

He said RBC customers with a Petro-Canada card can charge at no cost. And while they paid for their charge ups, it only ended up costing the duo about $400.

The trip also set an official record with the Formula Electric Vehicle Entertainment and Racing Association for making the fastest east-west trip of the Trans-Canada Highway by an electric vehicle.

IN MEMORY OF MARY ANN

The trip was dubbed Mary Ann’s Electric Drive 2.0 in honour of Soicher’s late wife who died of cancer in 2018.

Mary Ann and Soicher had made plans to visit Newfoundland together and a year after her passing, he went in her memory.

To continue her legacy, both trips fundraised money for Parkinson’s research and functional neurosurgery, a cause dear to her after suffering a life-threatening ruptured brain aneurysm two decades earlier.

Soicher said she would be proud of him for making these trips in his EV.

Ready the article at CTV Vancouver