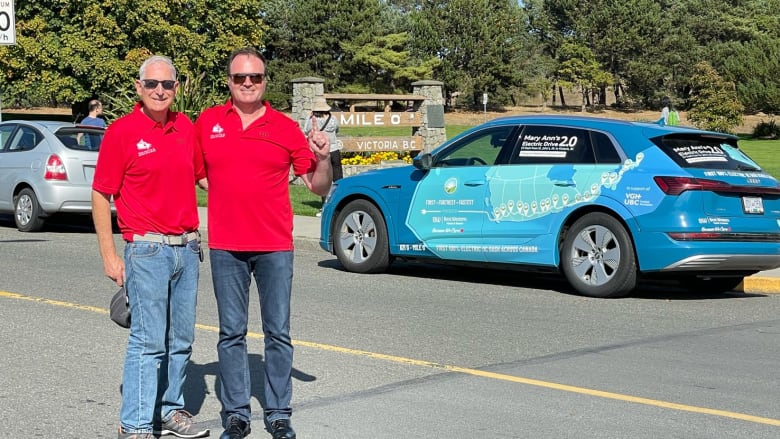 Harvey Soicher says he and Kent Rathwell drove over 7,000 km from St. John’s to Victoria in 4 days, 19 hours

A Vancouver man says he has set a record for the fastest drive of the entire Trans Canada Highway in an electric car.

Harvey Soicher, 68, and co-driver Kent Rathwell took the 7,000 kilometre-plus journey from St. John’s to Victoria in four days and 19 hours, which included taking ferries and charging up his vehicle.

Soicher said he undertook the adventure in honour of his late wife and to show that electric-vehicle technology is more reliable and far ranging than ever. 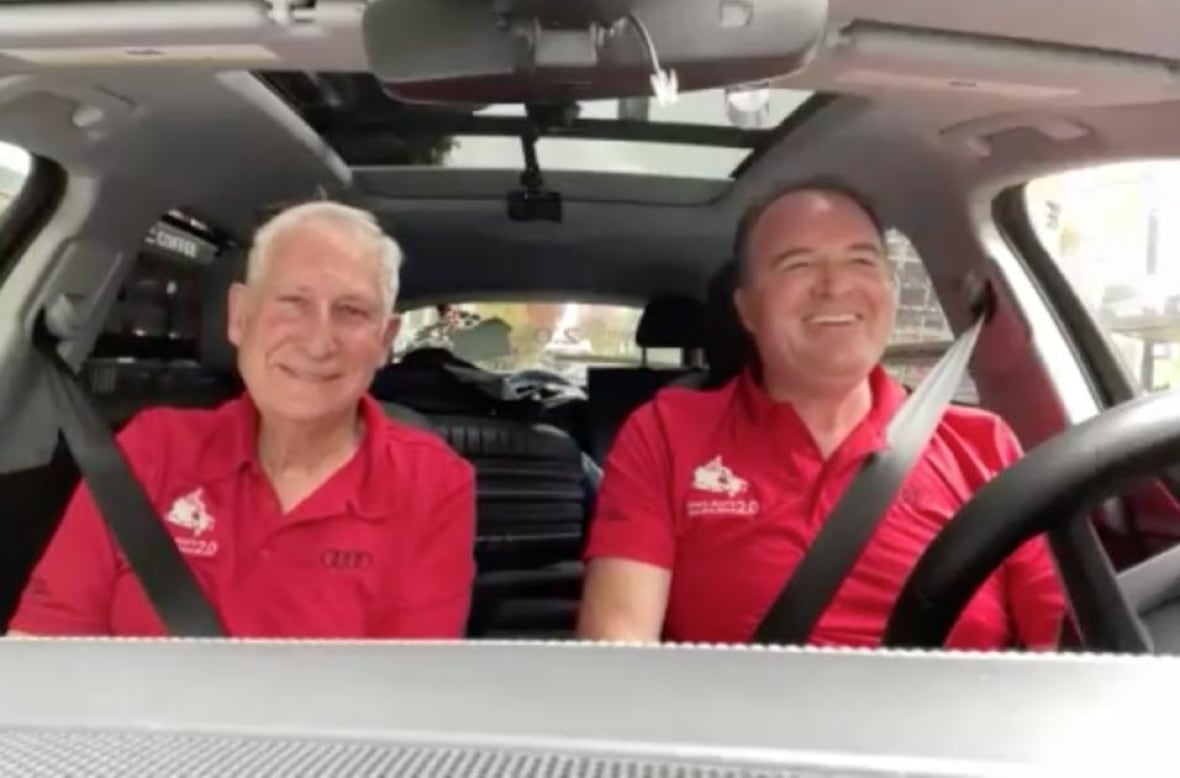 Soicher made the trip in his electric Audi with co-driver Kent Rathwell, who is from Calgary. The pair relied on fast-charging stations on the Trans Canada Highway.

They set off from Newfoundland for Victoria on Sept. 13.

The trip was made possible, Rathwell said, thanks to Newfoundland and Labrador’s newly installed fast-charging station network. Before that, slower chargers would have added many hours to the trip.

There is no known record for travelling the length of the Trans Canada Highway the fastest in an electric vehicle. Prior to the installation of the fast-charging network in Newfoundland, it would have been impossible to do the journey within five days within legal speed limits.

“Nobody else has ever done it that we know of,” said Halmo, who established Fever to measure records for electric vehicles. A previous team in a Tesla drove Highway 1 from White Rock, B.C., to Halifax faster, but that’s not the full length of the highway.

He had originally planned to make the journey with his wife Mary Ann, but she died of cancer in June 2018. Soicher went ahead with the trip in her honour a year later, taking 63 days across July and September 2019.

Emblazoned on the side of Soicher’s car is his wife’s name and the charity set up in her memory, Mary Ann’s Electric Drive.

In the two years since his last road trip, Soicher said the fast-charging infrastructure has improved tenfold, if not more.

Soicher and Rathwell recalled driving through northern Ontario passing gas station after gas station with their lights out — but the lights were on at all the charging stations.

“Electric charges don’t need an attendant: you just pull in, plug in and flip them on,” Rathwell said.

But even more important is increasing accessibility to low-cost charging at motorists’ homes without extra fees or surcharges.

“The charging network density is improving [but] we’re far away from dealing with the essential issues of charging at home as convenience,” Antweiler said. “Overnight charging is the key to making electric mobility work.”

Because electric vehicles are more expensive than their gasoline counterparts, Rathwell said government rebates offer effective incentives for people to make the switch from vehicles that run on fossil fuels.

He pointed to a 2020 report by Electric Mobility Canada that found that the sale of electric cars in Ontario fell 44 per cent in the quarter after the province scrapped its zero-emission rebates. 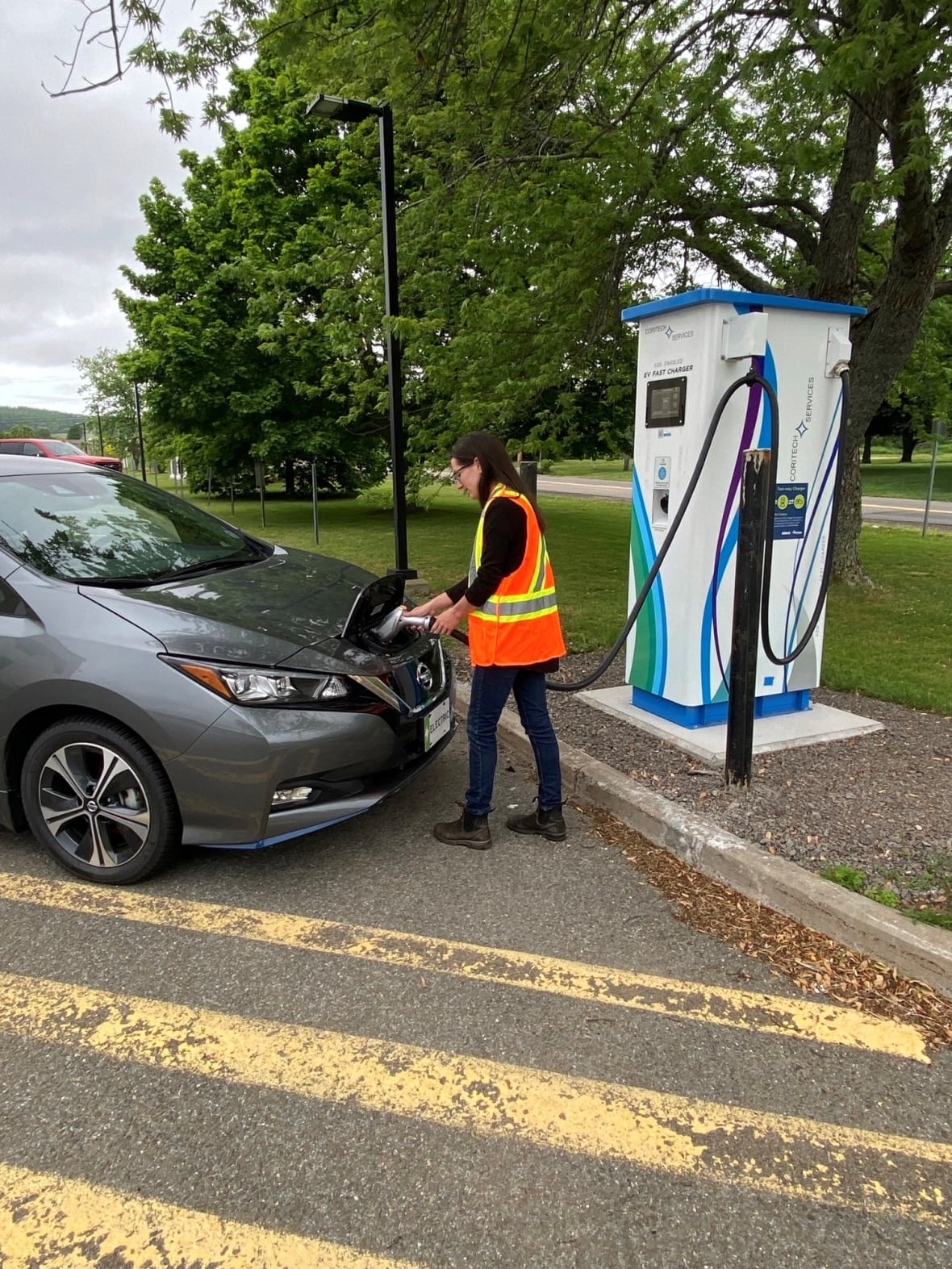 On Sunday, Soicher and Rathwell held a celebratory event in Vancouver to mark their achievement.

Talking to CBC News hands-free from their electric car, the pair laughed when asked if they still get along after spending nearly five days on the road together.

“We didn’t kill each other, that was great!” said Soicher as he pestered Rathwell repeatedly about changing lanes to get onto the Burrard Street Bridge.

“That wasn’t the reason we went so fast,” Rathwell replied. “We got along awesome.”

Read the article at CBC News