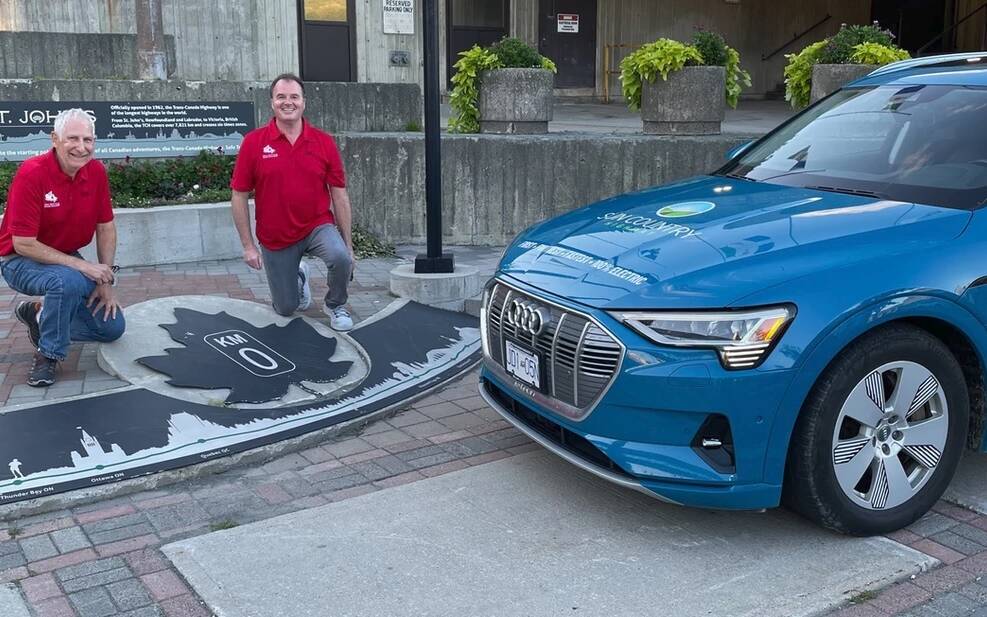 September 27, 2021 LOUIS-PHILIPPE DUBÉ – The Car Guide
While fast-charger accessibility still tops the list of concerns for Canadians who are skeptical about getting an EV, one Western Canadian duo took advantage of the ever-growing fast-charging station network to link St. John’s, NB and Victoria, B.C. in record time.
On board their fully electric Audi e-tron SUV, Harvey Soicher and co-driver Kent Rathwell took on the 7,000-kilometre journey and completed it in four days and 19 hours, consequently setting a record for the fastest drive of the entire Trans Canada Highway in an electric car.
Or course, the Trans-Canada Highway made it easier for them; that’s where the country’s charging network was born and is currently growing at a fast pace. Taking the side roads would’ve undoubtedly resulted in a completely different challenge – one with more planning involved, and much longer charging times to factor in.

While Soicher wants Canadians to know that electric vehicles must be more widely adopted to help curb climate change, and that the technology is more reliable and far ranging than ever, there was a special, more personal reason behind the adventure. Soicher had originally planned to tackle the long drive with his wife Mary Ann, but she died of cancer in June 2018.

A year later, Soicher crossed Canada in his EV, taking 63 days to complete the stretch. But with the ever-growing charging network, a ‘2.0’ drive was in order and Soicher set out on the road again, wrapping the sides of the vehicle with his wife’s name and the charity set up in her memory. 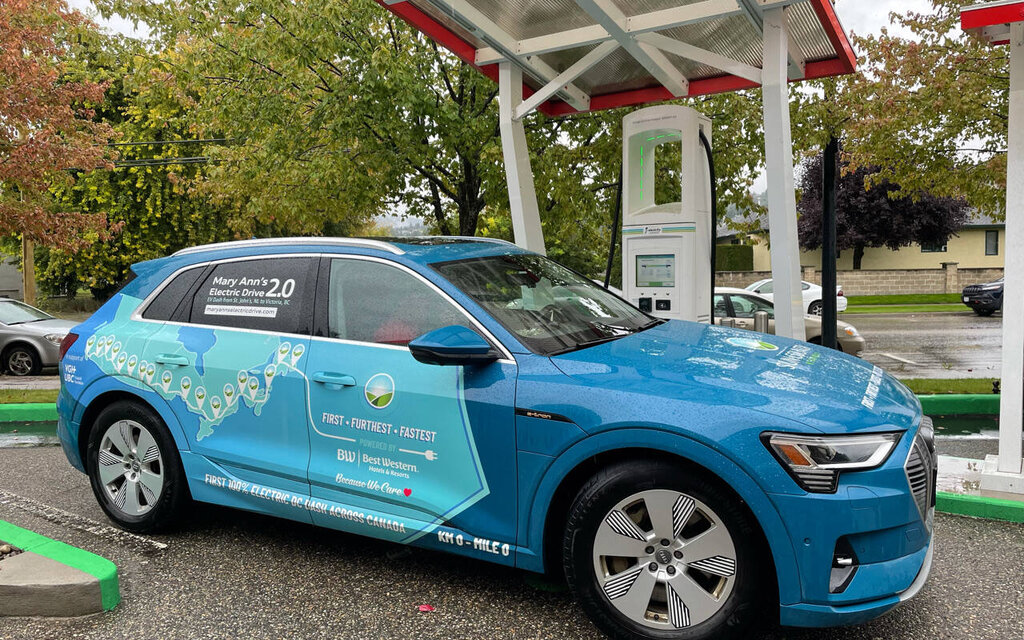 Newfoundland and Labrador’s new fast-charging station network was the last piece of the puzzle needed to complete the trip in record time. Prior to this, it would have been impossible to cross the province in a reasonable amount of time and within legal speed limits.

Although a previous team in a Tesla drove Highway 1 from B.C. to Halifax in a faster time, the trip didn’t cover the full length of the highway, making Mary Ann’s Electric Drive 2.0 the first record for travelling the length of the Trans Canada Highway the fastest in an electric vehicle.